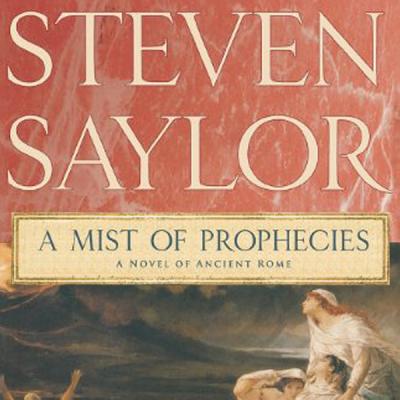 This is book number 9 in the Roma Sub Rosa series.

In the year 48 BC, Rome is in the midst of civil war. As Pompey and Caesar fight for control of the republic, Rome becomes a hotbed of intrigue driven by espionage, greed, and betrayals.

A beautiful young seeress staggers across the Roman marketplace and dies in the arms of Gordianus the Finder. Possibly mad and claiming no memory of her past, Cassandra-like her Trojan namesake-was reputed to have the gift of prophecy, a gift many in Rome would pay for handsomely ... or kill for.

Obsessed with Cassandra's mystery, Gordianus investigates her murder. As he peels away the veils of secrecy surrounding her life and death, he discovers a web of conspiracy linking many of Rome's most ruthless and powerful women. Now Gordianus' pursuit not only endangers his own life but could change the future of Rome.