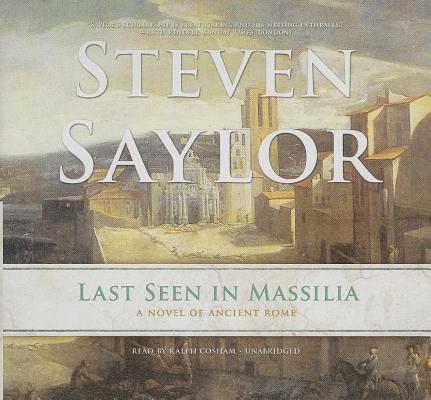 This is book number 8 in the Roma Sub Rosa series.

In 49 BC, in the city of Massilia (modern-day Marseille), on the coast of southern Gaul, Gordianus the Finder's beloved son Meto has disappeared-branded as a traitor to Caesar and apparently dead. Consumed with grief, Gordianus arrives in the city amid a raging civil war, hoping to discover what happened to his son. But when he witnesses a young woman fall from a precipice called Sacrifice Rock, he becomes entangled in discovering the truth: did she fall or was she pushed? And could she be connected to his missing son? Drawn into the city's treacherous depths, where nothing and no one are what they seem, Gordianus must summon all of his skills to discover his son's fate-and to safeguard his own life.

Steven Saylor delivers another excellent episode in the adventures of his distinguished hero, Gordianus the Finder.