The Battle of Jericho (The Jericho Trilogy #1) (Paperback) 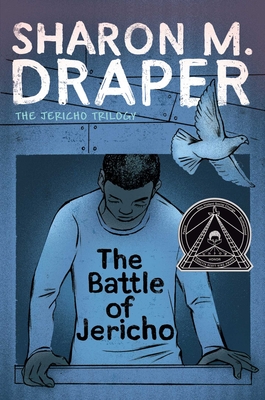 This is book number 1 in the The Jericho Trilogy series.

Sixteen-year-old Jericho is awaiting initiation to the Warriors of Distinction, the oldest and most exclusive club in school—but how high a price will he have to pay to belong? Find out in this first novel in Sharon M. Draper’s Jericho Trilogy.

When Jericho is invited to pledge for the Warriors of Distinction, he thinks his life can’t get any better. As the most exclusive club in school, the Warriors give the best parties, go out with the hottest girls, and great grades are a given. When Arielle, one of the finest girls in his class, starts coming on to him once the pledge announcements are made, Jericho is determined to do anything to become a member…

But as the initiation week becomes progressively harrowing, Jericho is forced to make choices he’s not entirely comfortable with. And one member seems to have it in for the sole female pledge in the group…a pledge who will stop at nothing to show she can handle the pressure. But when is she being pushed too far, and when should Jericho and his friends step in and risk losing their places in the pledging process? As Jericho becomes increasingly uneasy, his cousin Joshua breezes through the initiation, never thinking of the consequences, even when the fine line between fun and games, and life and death is crossed.

Sharon M. Draper is a three-time New York Times bestselling author and a recipient of the Margaret A. Edwards Award honoring her significant and lasting contribution to writing for teens. She has received the Coretta Scott King Award for both Copper Sun and Forged by Fire, and was awarded the Charlotte Huck Award for Stella by Starlight. Her novel Out of My Mind has won multiple awards and was a New York Times bestseller for over three years, and Blended has also been a New York Times bestseller. She taught high school English for twenty-five years and was named National Teacher of the Year. She now lives in Florida. Visit her at SharonDraper.com.