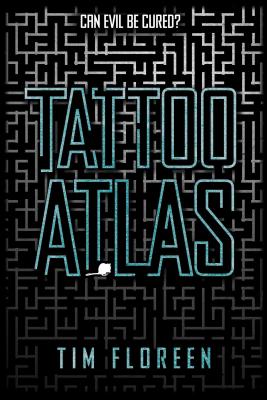 A teenage sociopath is “fixed” after he gets an implant that’s supposed to cure him in this thrilling coming of age tale from the author of Willful Machines.

Now, apart from the nightmares, life has gone back to normal for Rem. Franklin was caught, convicted, and put away in juvenile detention for what he did. The ordeal seems to be over.

Until Rem’s mother selects Franklin as a test subject for an experimental brain procedure intended to “cure” him of his cruel and violent impulses. Suddenly Rem’s memories of that day start coming back to the surface. His nightmares become worse than ever. Plus he has serious doubts about whether his mother’s procedure will even work. Can evil really just be turned off?

Then, as part of Franklin’s follow-up testing, he and Rem are brought face to face, and Rem discovers…Franklin does seem different. Despite everything, Rem finds himself becoming friends with Franklin. Maybe even something more than friends.

But when another of their classmates turns up dead, Rem’s world turns upside-down yet again. Franklin insists that he’s innocent, that he’s cured, but Rem doesn’t know what to believe. Is someone else responsible for this new murder, or is Franklin fated to stay a monster forever? And can Rem find out the answer to this question before the killer, whoever it is, comes after him too?

Tim Floreen majored in English at Yale and earned a Master’s degree in creative writing at Boston University. He now lives in San Francisco with his partner and their two cats. Willful Machines is his first novel. You can find him online at TimFloreen.com or on Twitter at @TimFloreen.

"A smart, surprising sci-fi thriller that redefines the boundary between good and evil. A modern-day Jekyll and Hyde."
— Jay Kristoff, New York Times bestselling author of Illuminae and Nevernight

“Tattoo Atlas is an intelligent, creepy thriller with deeper meditations on the nature of evil, accountability, and the pervasive effects of our culture of violence. The murder and mystery make this the kind of book you’ll stay up all night reading, but the larger ideas will keep you thinking about the story for a long time after you’ve finished. Don’t read this one alone.”
— Shaun David Hutchinson, author of We Are the Ants and The Five Stages of Andrew Brawley

"A visceral exploration of the nature of evil, and a terrifying look at the complexity of humanity and love."
— Suzanne Young, New York Times bestselling author of The Program series

“A heart-wrenching, soul-probing thriller that asks deep questions about love and psychology... while keeping you up at night, terrified of that creak in the hallway.”
— Delilah S. Dawson, author of Hit, Strike, and Servants of the Storm

Scientifically induced compassion confuses a monster—and his potential target.Rem Braithwaite was part of an exclusive quintet, the Boreal Five. Rem (gay artist), Callie (outspoken liberal), Lydia (straight-laced wallflower), Tor (golden-boy athlete), and Pete (likable goofball) were a gilded exemplar of unified high school demographic diversity (even if Indian Callie is the only nonwhite member). When reclusive, video-gaming outsider Franklin Kettle fatally shoots Pete in class, their innocuous Minnesota lives are upended. Now, a year later, Rem's scientist mother is about to implant a controversial, violence-taming capsule in Franklin's brain. When Rem's mother sends him to talk with a pre- and post-surgery Franklin as part of her research, the tight-knit Midwestern inoffensiveness unravels. Flashbacks reveal the Five's parts in ostracizing Franklin, while in the present day, Rem sneaks lascivious visits with closeted Tor (who's also Lydia's boyfriend), potentially mended Franklin appeals sexually to Rem, and Rem's mother could be lying about the questionable foundation for her research. Violence unfurls again when a bootleg version of Franklin's favorite game surfaces with the Boreal Five as the targets. A troubled boy-boy romance (times two!), brewing tragedy, nods to Gothic greats (Frankenstein, Dr. Jekyll and Mr. Hyde), and pointed commentary are here, orchestrated deftly in a successful sophomore outing for Floreen. Chords of Frankenstein and Carrie harmonize in this emboldened critique of guns, bullying, and violence.
— Kirkus Reviews

Jeremy “Rem” Braithwaite is haunted by death. His older brother was killed in Afghanistan, and he is coming up on the one-year anniversary of witnessing a close friend being shot in front of him. Franklin, the killer, is now part of Rem’s mother’s sophisticated neurological experiment aimed at using a cranial implant to change Franklin from an unfeeling sociopath into someone with empathy. Before treatment, Franklin was a high school–aged Hannibal Lecter and his only pleasure was playing Sons of War, a video game similar to Call of Duty. After treatment, he seems to display empathy—sensing Rem’s feeling and even sharing moments of intimacy—or is it just an act? Meanwhile, Rem’s circle of friends grows smaller and smaller as murders escalate, mirroring the high school version of Sons of War that was uncovered online. The pace quickens as throughout, Rem’s mom appears to be less than forthright about the nature of her research. Importantly, this novel breaks new ground by including gay central characters whose sexuality, however tender, is not the main plot focus. VERDICT A sci-fi thriller that combines the best of Daniel Keyes’s Flowers for Algernon with Thomas Harris’s The Silence of the Lambs and will leave readers on the edge of their seats right up to the unexpected, touching conclusion.
— School Library Journal

"Floreen (Willful Machines, 2015) explores an unsettling moral question about the role of free will in determining good and evil in this gripping homage to Robert Louis Stevenson’s The Strange Case of Dr. Jekyll and Mr. Hyde and Anthony Burgess’ A Clockwork Orange. A year after bullied outsider Franklin killed a classmate, Rem still can’t escape the memories. Meanwhile, Rem’s scientist mother has developed a procedure to “fix” violent, sociopathic impulses via cerebral implant, and Franklin is her first test subject. Rem is stunned by how relatable and empathetic he is after the procedure, and the two connect over art, music, and shared attraction, adding another bomb to the minefield of Rem’s relationships—Rem, an out gay teen, is fooling around with his closeted friend Tor, who’s dating their friend Lydia. As Rem and Franklin grow closer, Rem learns disturbing news about his mother’s research, and another student is murdered, causing him to question everything. Incisive, startling, and intense, this sf-thriller-tragedy hybrid has no easy answers about weighing the good and bad in all of us."
— Booklist Online Exclusive