MASH FAQ: Everything Left to Know about the Best Care Anywhere (Paperback) 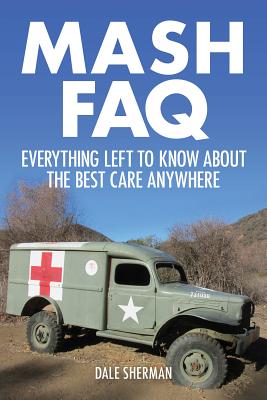 Here's the lowdown on the unforgettable show about the Forgotten War. M*A*S*H began as a novel written by a surgeon who had been in a Mobile Army Surgical Hospital during the Korean War. After being rejected multiple times, the novel would go on to become a bestseller, leading to 14 sequels, an Oscar-winning movie that propelled its director and actors to stardom, and a multiple-Emmy-winning television series that lasted nearly four times the length of the war. MASH FAQ looks at how the novel came to be, its follow-ups in literary form, the creation of the popular movie, and - most importantly - the television series that transformed comedy and television in the 1970s. Included are chapters on the top-20 pranks of M*A*S*H, the cast members' careers before and after the television show, famous guest appearances, and movies shown in the mess hall. Beyond the fiction, MASH FAQ also features a brief chapter to put the war into perspective for easy referral - and looks at what led to the Korean War, how such medical units functioned, and how M*A*S*H shaped our perception of the era.