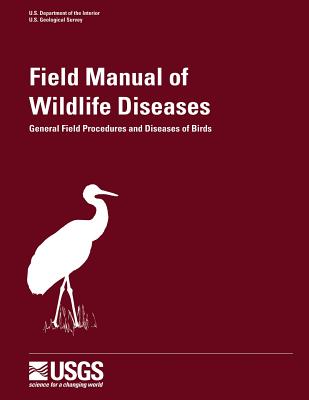 DO WILDLIFE DISEASES REALLY MATTER? The waterfowl manager who wakes up one morning to find ten thousand dead and dying birds in the marsh would think so. Yet virtually every wild bird and mammal harbors at least a few parasites seemingly without obvious adverse consequences. Parasites, viruses, bacteria, and fungi are component parts of the ecosystems in which wildlife are found, but do not necessarily cause disease. Millennia of coevolution have engendered a modus vivendi that assures the survival of both host and parasite populations. Then why the ten thousand sick and dying birds? Ecosystems are changing. Waterfowl are concentrated on shrinking wetlands and remain there for longer periods of time, facilitating bird-to-bird spread of the bacteria that cause avian cholera. Or permitting the buildup of parasites in their hosts from a small, relatively benign number to massive numbers that cause disease and death. Water quality of wetlands changes, favoring the production of deadly botulinum toxin by bacteria and its mobilization up the food chain to waterfowl. New, totally artificial habitats are created with unpredictable results. The extreme temperature, salinity, and other conditions of the Salton Sea have created an unusual ecosystem in which botulism occurs in fish and in birds through biological cycles that are not yet understood. Wetland loss in southern California leaves few alternative places for waterbirds to go, so they are attracted to the Salton Sea. Behavior changes. Mallard ducks take up residence on the ponds and lakes of city parks and lose their migratory habits. They share these bodies of water with exotic species, such as Muscovy ducks that have also taken up residence there after introduction by people, setting the scene for outbreaks of duck plague, and creating the risk of spread to migratory waterfowl that also use these areas. Raccoons and skunks become well adapted to urban life, bringing rabies and canine distemper with them into the city. The environment changes the physiology of wild animals. Human activity introduces into wildlife habitats chemical compounds that adversely affect physiological processes such as reproduction and immune responsiveness. These compounds become incorporated into the ecosystems, often becoming more concentrated as they move up food chains. Their effects can influence wildlife populations. Some of these endocrine-disrupting chemicals, such as chlorinated hydrocarbons (DDE, PCBs), interfere with normal endocrine function by mimicking natural hormones, with resulting eggshell thinning and breakage. Effects of these chemical compounds on immune-system responses to infectious and parasitic agents are less well understood. What to do? Incorporating disease-prevention measures into wildlife management practices requires more information than is usually available. The information-gathering process must begin in the field. Field biologists must monitor disease occurrence. This Field Manual is a valuable aid in identifying the diseases that are likely to be present, and in giving guidance on the gathering and treatment of specimens needed to establish the diagnosis in the laboratory. But the wildlife field biologist is in a position to provide valuable information that goes beyond the collection of samples from sick and dead individuals. Although diseased individuals are the basic unit of surveillance, the occurrence of disease must be put into ecological perspective. A careful description of the ecological setting in which the disease is occurring, and any changes that have occurred over time, are ultimately as important as a careful description of the lesions observed in the individual, if the epidemiology of that disease is to be understood, and the disease prevented through sound wildlife-management practices.