A Modern Christian Looks at Some Old Testament Stories (Paperback) 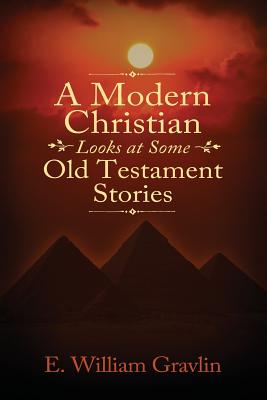 A New Look at Some Old Stories... The first six books of the Old Testament present a history of the ancient Israelis up to the conquest of the Promised Land. Historical events can be confirmed or debunked by "no nonsense" empirical evidence. The acceptance of historical events therefore does not depend on faith like the belief in the existence of God. I am a modern Christian. I have access to information from archaeological and historical research, science and whatever exegetic insights I can offer. I am willing to base my religious beliefs on faith, but I am not willing to base them on "historical events" that I know are fiction. Consider the following examples. The pharaoh couldn't pursue the Israelis with horse drawn chariots because the Book of Exodus states that the Ten Plagues killed all the Egyptian's livestock. If God sent an east wind to separate the Red Sea and kept it blowing to keep the gap open, the Israelis couldn't enter the gap and not be blown back by the same wind. The golden Ark of the Covenant would have weighed around 2,500 pounds making it impossible for four priests to carry. Stories show the use of camels 1000 years before camels were even brought into that area. The Israelis were said to have been in Egypt for over four centuries, but the first Egyptian writing that mentions them is the Merneptah Stele which describes contact with them in Canaan, not Egypt. The story that the walls of Jericho came tumbling down is not historically accurate. The story that the Israelis were slaves in Egypt is flawed. Did God kill between 400,000 and 800,000 first born Egyptians with the Tenth Plague? No. Did God order the Israelis to commit ethnic cleansing and genocide by killing every "man, woman and child" in the ten tribes that inhabited the Promised Land? No. I invite you to read these and the many other stories discussed in this book through the eyes of a modern Christian and then discuss them with your religious friends and clerg.