A Backseat View from the Phantom: A Memoir of a Marine Radar Intercept Officer in Vietnam (Paperback) 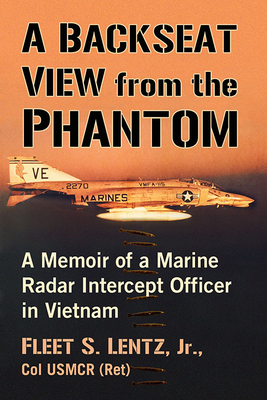 By Fleet S. Lentz
This Book Is Not Sold Online - Inquire In Store

As a 26-year old Marine radar intercept officer (RIO), Fleet Lentz flew 131 combat missions in the back seat of the supersonic F-4 B Phantom II during the wind-down of the Vietnam War. Overcoming military regulations, he and his fellow Marines at The Rose Garden (Royal Thai Air Base Nam Phong) kept sorely needed supplies moving in while moving combat troops out of Southeast Asia. His personal and accessible memoir describes how pilots and RIOs executed dangerous air-to-ground bombing missions in Vietnam, Cambodia and Laos--quite different from the air-to-air warfare for which they had trained--and kept themselves mission-capable (and human) while surviving harsh circumstances.

Fleet S. Lentz, Jr., Col, USMCR (Ret) was commissioned as a Second Lieutenant in the United States Marine Corps in 1969 and received his wings as a Naval Flight Officer in 1971. Assigned to the Western Pacific, he served in the Vietnam conflict in 1972-1973. After the war, he served as executive officer VMFA-112 and commanding officer of Headquarters and Maintenance Squadron/Marine Aviation Logistics 41, both based at Navy Dallas. Lentz retired from the Marine Corps in 2000 with thirty-one years of affiliated time and 1500+ hours in the F-4. He also worked for thirty-two years in civilian commercial aviation at the management and executive levels, including twenty years as North American Vice President of Volvo Aero, headquartered in Bromma, Sweden. He lives in Centennial, Colorado.