Madeleine and the Seventh Mystic (Hardcover) 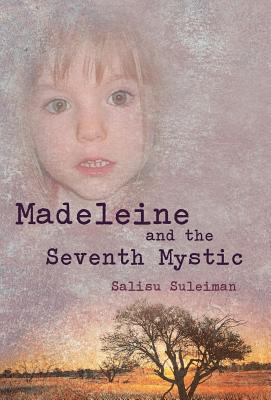 Madeleine McCann was nearly four years old when she disappeared from her family's holiday apartment in Portugal on May 3, 2007. Despite a massive joint investigation by the Portuguese and British police departments, Madeleine was not found. Reports of sightings of the young girl in Spain, the Netherlands, Morocco, Argentina, Austria, France, India, America, and Australia brought cruel moments of hope to her family, but her actual location-and fate-remained a mystery.

As the search for Madeleine reached a dead end in Europe, Salisu Suleiman, thousands of miles away in Africa, had developed an unusual approach that could overcome the limitations of modern investigative techniques and forensic science. Knowing that there were hundreds of people across the continent who claimed to be able perceive things in an alternative reality, he considered the possibility that one of them might be able to find Madeleine.

Embarking on this strange search, Suleiman meets the Seventh Mystic, who believes that he knows where Madeleine is. Through his gifts, the Seventh Mystic delivers what should be the answer to everyone's prayers: an address in Lisbon. Soon after that, a photograph of the suspects surfaces. But just when they think Madeleine's recovery is imminent, they face a seemingly insurmountable obstacle because no judge will authorize a search based on the visions of a psychic in a remote African settlement.

Was the mystic's information correct? Was Madeleine ever in house number nine? Is she still there? With the Seventh Mystic's visions left untried, many questions remain unanswered.