The California Gothic in Fiction and Film (Hardcover) 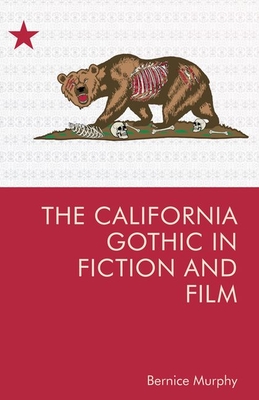 This book positions the 'California Gothic' as a highly significant regional subgenre which articulates anxieties specific to the historical, cultural and geographical characteristics of the 'Golden State'. California has long been perceived as a utopian space, but it is also haunted by the spectres of European and Anglo-American imperialism, genocide, racial and economic discrimination, natural disaster and aggressive infrastructural and commercial development. Drawing on the work of California historians and cultural commentators, this study explores the ways in which the nightmarish flipside of the 'California Dream' has been depicted within horror and Gothic.

Bernice M. Murphy is an Associate Professor and Lecturer in Popular Literature in the School of English, Trinity College, Dublin. She has published extensively on topics related to American Gothic and horror fiction and film and was recently academic consultant to The Letters of Shirley Jackson (2021, edited by Laurence Jackson Hyman). Bernice was made a Fellow of Trinity College Dublin in 2017.