Indexicalism: Realism and the Metaphysics of Paradox (Speculative Realism) (Paperback) 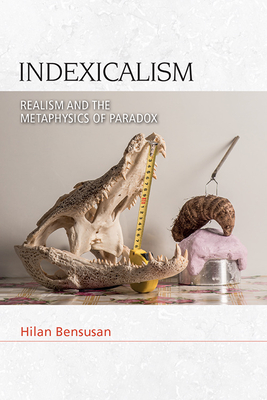 Hilan Bensusan clarifies the logic and structure of an essentially situated and indexical metaphysics that is paradoxical and can also be regarded as a chapter in the critique of metaphysics. Bensusan articulates a metaphysical view of the other - both human and non-human, in what Meillassoux calls 'the great outdoors' - that can never be totalised into a single or univocal whole. He develops an innovative account of perception, as a matter of our irreducibly situated relationship to this non-totalisable outdoors. In the book's coda, Bensusan underscores the social-political implications of this radical metaphysics in a postcolonial context in a meditation on the sites of Potosi in the Andes and Yasuni National Park in the Ecuadorian Amazon. Equally at home with analytic and continental philosophy, Bensusan enlists Levinas, Whitehead, Heidegger, Kripke, Deleuze, Derrida, Benso, Harman, Garcia, Cogburn, McDowell and Haraway. He does so in a way that proves to be transformative for crucial aspects of their work, for contemporary approaches to thinking about what it means to be in our world, and for reckoning with the responsibilities that press upon us from the outside.