Nietzsche's on the Genealogy of Morality (Paperback) 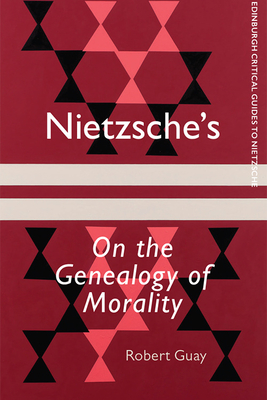 On the Genealogy of Morality has become the most common point of entry into Nietzsche's thought. It offers relatively straightforward, sustained explanatory narratives addressing many of the main ideas of Nietzsche's mature thought, such as will to power, nihilism, perspectivism, the value of truth and the critique of morality. At the same time, it is challenging to understand because Nietzsche intended it as an expansion and elaboration of his existing ideas. Robert Guay provides the interpretive and philosophical context to help new readers of Nietzsche understand both the book and Nietzsche's thought more widely. He shows how Nietzsche's narratives engage with philosophical issues about agency, self-knowledge, historical explanation and the critique of morality.

Robert Guay is Associate Professor of Philosophy at Binghamton University. He is the editor of Dostoyevsky's Crime and Punishment: Philosophical Perspectives (Oxford University Press, 2019). He is the author of a number of articles in the Journal of Nietzsche Studies and The European Journal of Philosophy.