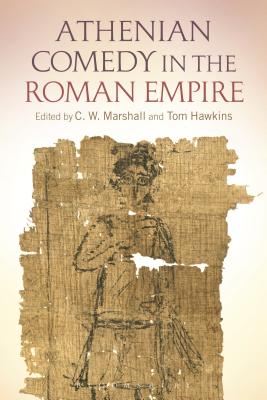 Athenian comedy is firmly entrenched in the classical canon, but imperial authors debated, dissected and redirected comic texts, plots and language of Aristophanes, Menander, and their rivals in ways that reflect the non-Athenocentric, pan-Mediterranean performance culture of the imperial era. Although the reception of tragedy beyond its own contemporary era has been studied, the legacy of Athenian comedy in the Roman world is less well understood.

This volume offers the first expansive treatment of the reception of Athenian comedy in the Roman Empire. These engaged and engaging studies examine the lasting impact of classical Athenian comic drama. Demonstrating a variety of methodologies and scholarly perspectives, sources discussed include papyri, mosaics, stage history, epigraphy and a broad range of literature such as dramatic works in Latin and Greek, including verse satire, essays, and epistolary fiction.

Tom Hawkins is Associate Professor of Classics at Ohio State University, USA, and the author of Iambic Poetics in the Roman Empire (2014). C. W. Marshall is Professor of Greek at the University of British Columbia, Canada. His publications include The Stagecraft and Performance of Roman Comedy (2006), Classics and Comics (2011) and No Laughing Matter (Bloomsbury, 2012) and The Structure and Performance of Euripides' Helen (2014).