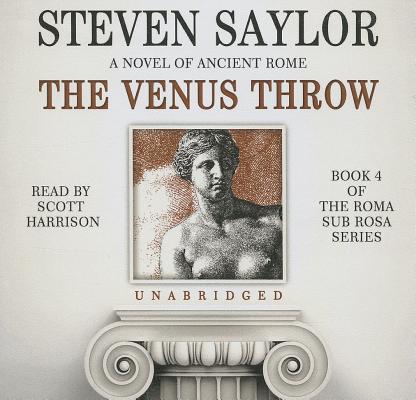 This is book number 4 in the Roma Sub Rosa series.

Rome, 56 BC. The great general Pompey has conquered the East; Julius Caesar is defeating the Gauls; only Egypt, with its strategic granaries and vast treasuries of gold, still eludes the grasp of Rome. The city itself is becoming ever more corrupt, as the last generation of the Roman Republic indulges in political backstabbing, endless lawsuits, scandalous love affairs, and the occasional murder.

In recent days several Egyptian envoys have been viciously assassinated. Fearing that he will be next, the Egyptian ambassador Dio calls on his old friend Gordianus the Finder and all of his special skills for help-but before the night is out, Dio is murdered.

Now Gordianus begins his most dangerous case. Hired to investigate Dio's death by a beautiful woman with a scandalous reputation, he will follow a trail of political intrigue into the highest circles of power and the city's most hidden arenas of debauchery. There Gordianus will learn that nothing is as it seems-not the damning evidence he uncovers, not the suspect he sends to trial, not even the real truth behind Dio's death.

Poison, betrayals, and long-buried secrets confront Gordianus as one of history's most famous trials races to a close. But even after the verdict is delivered, there are secrets still to be uncovered.