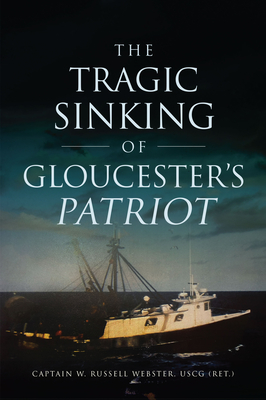 On the evening of January 2, 2009, Captain Matteo Russo and crewman John Orlando got underway aboard the fifty-four-foot fishing vessel Patriot, from the iconic State Pier in Gloucester, Massachusetts, bound for nearby fishing grounds in search of cod. They never returned.

What happened less than eight hours later on that bitter and dark winter early morning that caused the Patriot to sink? Why did the Coast Guard deliberate more than two hours before launching a rescue mission? Using official documents, numerous interviews and insight as a search and rescue commander, maritime historian Captain W. Russell Webster, USCG (Ret.), expertly documents the tragedy of the Patriot, with startling findings. He deftly explores the condition of normalcy bias linked to this heartbreaking case, which can cause people--including Coast Guard personnel--to deny and sometimes over-deliberate threats to human life.