An Early History of the Wyoming Valley: The Yankee-Pennamite Wars & Timothy Pickering (Paperback) 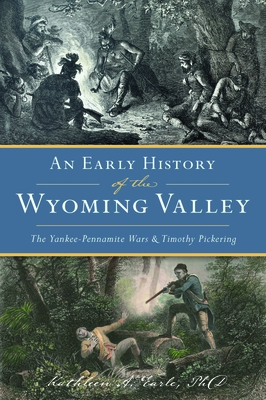 When Connecticut Yankees began to settle the Wyoming Valley in the 1760s, both the local Pennsylvanians and the powerful native Haudenosaunee (Iroquois) strenuously objected. The Connecticut Colony and William Penn had been granted the same land by King Charles II of England, resulting in the instigation of the Yankee-Pennamite Wars. In 1788, during ongoing conflict, a band of young Yankee ruffians abducted Pennsylvania official Timothy Pickering, holding him hostage for nineteen days. Some kidnappers were prosecuted, and several fled to New York's Finger Lakes as the political incident motivated state leaders to resolve the fighting. Bloody skirmishes, the American Revolution and the Sullivan campaign to destroy the Iroquois all formed the backdrop to the territorial dispute. Author Kathleen A. Earle covers the early history of colonial life, war and frontier justice in the Wyoming Valley.