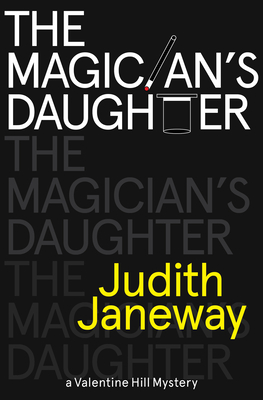 Reality is illusion. Illusion is reality, and nothing is what it seems.

This is how Magician Valentine Hill always begins her act. Valentine herself is a case in point: she is unquestionably real, but she has no legal existence. Her mother, a skilled con artist, has never revealed Valentine's real age, birth place, or her father's identity--except to say that he was a magician.

No grifter herself, the scrupulous Valentine has spent years searching for her evasive mother, desperate to learn the basic facts of who she is. Literally, to get a life. Robbed of her stake in Vegas, she chases it to San Francisco where a series of odd events reunites her with her mother who, Valentine is sure, despite her respectable fa ade, is playing one of the city's super rich. And Valentine quickly enters a world where truly nothing is what it seems. A socialite is a ruthless criminal, a car mechanic a psycho killer, and a cab driver a seductive gangster. After a friendly FBI agent is killed, Valentine forces herself into playing a grifter's role to put the criminals--and her mother--away. Or at the very least, get what she wants from mom. Will her skills as a magician prove enough to help her maintain the illusion?