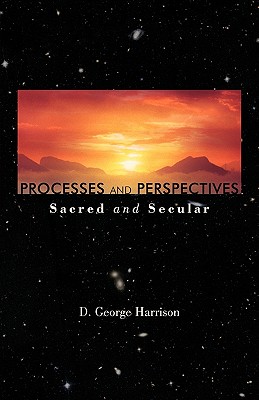 PROCESSES AND PERSPECTIVES deals with the evolution/creation issue, but in a different manner from the usual mainstream works. As a retired professional biologist and Christian, I defend Darwin's basic concepts of natural selection and disagree with the creationists' perspective on Darwin in general and this topic specifically. This work focuses on modern science and scripture's commonalities by examining the full range of meaning for the Genesis' Hebrew-words and the most current legitimate science. As a result, there are many new insights into science and the Genesis story. Also addressed are random/chance, falsification, literalism, and other related issues.

This book not only demonstrates to religious and secular skeptics that the concept of organic and inorganic evolution is perfectly valid, but that the Genesis account is also valid if read without all the historic and current presumptions. This work violates only both sides' preconceived notions and entrenched misunderstandings of each other. There is no scripture twisting or alternative science used to show the commonalities of the two on this subject. This work does not isolate one from the other. This is about building a legitimate, functioning bridge between the two groups.

This topic has fascinated me ever since I saw my first prehistoric animals book in 4th grade. I am a retied U.S. Government scientist (Oceanographer/Ecologist/ Biologist) and a retired U.S. Air Force Reserves Lieutenant Colonel (Missile Launch Officer/Science Officer). I am also a Christian, specifically a Southern Baptist. Consequently, with these affiliations, I have seen and heard much about the Genesis and science conflict from both sides. Because of this, I accumulated references over some 30-years strictly for my own interest. However, this interest eventually took on a life of its own and became a manuscript.