Self-Suggestion: and the New Huna Theory of Mesmerism and Hypnosis (Paperback) 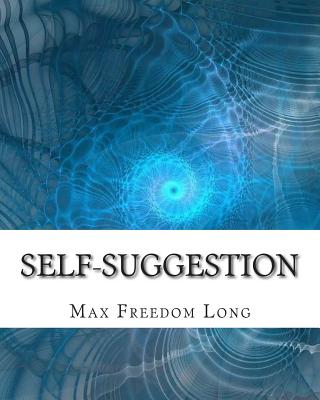 Max Freedom Long (October 26, 1890 - September 23, 1971) was an American teacher and New Thought philosopher. Shortly after graduating from UCLA in 1917, Long moved to the island of Hawaii to teach in elementary schools. When he arrived, he claimed that some Native Hawaiians were practicing what he called magic. Long wrote that at first he was skeptical of this magic, but later became convinced that it worked. He devoted the rest of his life to creating theories about how the Native Hawaiians did what he claimed they did, and teaching those theories through the sale of books and newsletters. Long decided to call his compilation of teachings Huna, because one meaning of the word is "hidden secret." He wrote that he derived it from the word kahuna, who were priests and master craftsmen who ranked near the top of the social scale. There are no accepted Hawaiian sources - Malo, Kamakau, - that refer to the word Huna as a tradition of esoteric learning. Long founded an organization called the Huna Fellowship in 1945 and, starting in 1936, published a series of books on Huna that are still in print.