150 Ways to Fund a Reality Show: Show me the Money (Paperback) 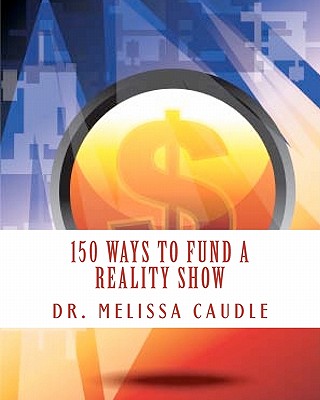 150 Ways to Fund a Reality Show book provides reality show producers proven fundraising methods to obtain fudning for reality shows. It is a must have book.

Dr. Melissa Caudle is an experienced reality show creator and producer and brings her expertise in fundraising to you the reader. Dr. Mel has built a solid reputation as a reality show creator having started as a production coordinator in New Orleans, LA on the reality show, "The Girls Next Door" featuring the three Playmates and Hugh Hefner. That was the beginning of transferring her knowledge from feature film production. She discovered quickly that although there were vast similarities there were also vast differences. Two huge differences were pitching a reality show and developing a business plan for one. Isolating the differences came by applying her experience as an adjunct professor, teacher, and researcher. "I never knew that a PhD in Statistical Analysis would prove beneficial in creating reality shows and business plans, "she says. "But it did." Producers and creators of reality shows consult with Dr. Mel on writing a business plan specifically for reality shows. She also develops reality show business plans as a part of her production company, On the Lot Productions, LLC located in New Orleans, LA. She is part of The Alliance Film Team. "It's a tangled web that nobody wants to share how to develop," she says. "That is until now. I'm taking my 12 years of experience in production and tapping into my experience as a teacher and professor to bring knowledge to those who seek." Dr. Mel is also a feature and documentary filmmaker. Her credits include producer on the feature film Dark Blue and associate producer on the films Varla Jean and the Mushroomheads and Girls Gone Gangsta. She also produced and directed documentary films including Mexico Missions, The Dolphins in Terry Cove, The Alabama Gulf Coast Zoo, Sean Kelly's Irish Pub, Beauvoir and Voices of the Innocent. Dr. Mel has worked as a crew member on films such as the two Sony films, STRAWDOGS starring Kate Bosworth, James Marsden, and Alexander Skarsgard, and MARDI GRAS starring Carmen Electra. She also has been a program director for a television station in Alabama. Her company, On the Lot Productions, LLC is currently in pre-production on another independent film.