The 4 Year Olympian: From First Stroke to Olympic Medallist (Paperback) 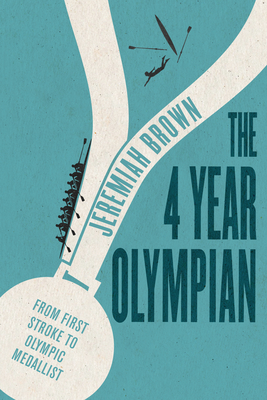 Improbable, heart-wrenching, and uplifting, Jeremiah Brown's journey from novice rower to Olympic silver medallist in under four years is a story about chasing a goal with everything you've got.

After nearly being incarcerated at age seventeen and becoming a father at nineteen, Jeremiah Brown manages to grow up into a responsible young adult. But while juggling the demands of a long-term relationship, fatherhood, mortgage payments, and a nine-to-five banking career, he feels something is missing. A new goal captures his imagination: What would it take to become an Olympian?

Guided by a polarizing coach, Brown and his teammates plumb the depths of physical and mental exertion in pursuit of a singular goal. The 4 Year Olympian is a story of courage, perseverance, and overcoming self-doubt, told from the perspective of an unlikely competitor.

Jeremiah Brown won an Olympic silver medal as a member of the Canadian men's eight rowing team at the London 2012 Olympic Games. He lives in Peterborough, Ontario.