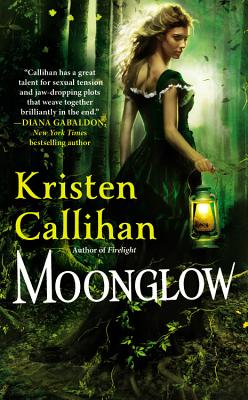 By Kristen Callihan
$8.99
Unavailable, Out of Stock, or Out of Print

This is book number 2 in the Darkest London series.

Once the seeds of desire are sown . . .
Finally free of her suffocating marriage, widow Daisy Ellis Craigmore is ready to embrace the pleasures of life that have long been denied her. Yet her new-found freedom is short lived. A string of unexplained murders has brought danger to Daisy's door, forcing her to turn to the most unlikely of saviors . . .
Their growing passion knows no bounds . . .
Ian Ranulf, the Marquis of Northrup, has spent lifetimes hiding his primal nature from London society. But now a vicious killer threatens to expose his secrets. Ian must step out of the shadows and protect the beautiful, fearless Daisy, who awakens in him desires he thought long dead. As their quest to unmask the villain draws them closer together, Daisy has no choice but to reveal her own startling secret, and Ian must face the undeniable truth: Losing his heart to Daisy may be the only way to save his soul.

USA Today bestselling author Kristen Callihan is a writer because there is nothing else she'd rather be. She is a three-time RITA nominee and winner of two RT Reviewers' Choice awards. Her novels have garnered starred reviews from Publishers Weekly and Library Journal, as well as being awarded top picks by many reviewers. Her debut book, Firelight, received RT Book Reviews' Seal of Excellence, was named a best book of the year by Library Journal, best book of Spring 2012 by Publishers Weekly, and was named the best romance book of 2012 by ALA RUSA. When she is not writing, she is reading.

"Dark, violent, and addictively enthralling, this exceptionally steamy tale is a worthy sequel to Callihan's stunning Firelight and a perfect lure for Winterblaze."—Library Journal

"Callihan has a great talent for sexual tension and jaw-dropping plots that weave together brilliantly in the end."—Diana Gabaldon, New York Times bestselling author