The Couple Who Became Each Other (Paperback) 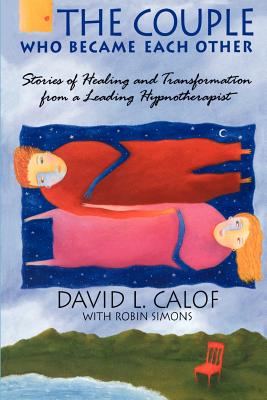 Intuition, gut feelings, hunches. . . Call it what you like, we all possess unconscious wisdom. And, as the stories in this book make clear, that wisdom has the power to heal. -A couple use their unconscious knowledge of each other to trade identities in trance-and, as a result, resolve their marital problems. -A woman progressively loses her sight rather than "see" painful aspects of her past, then recovers her vision as she confronts and resolves the history she has long denied. -A woman in deep trance endures a five hour surgery without anesthesia, even stopping her own bleeding on cue. These extraordinary true stories are typical of the solutions possible when a patient's unconscious mind is brought to the task of healing. Drawn from the practice of internationally noted family therapist and hypnotherapist David L. Calof, these ten tales give us remarkable insight into the powers of the human mind.

David L. Calof, D.A.P.A., has practiced psychotherapy, family therapy, pastoral counseling, and hypnotherapy in his native Seattle for 39 years. A highly regarded clinician, consultant and lecturer internationally on the treatment of trauma and abuse, hypnotherapy, and marriage and family therapy, David has lectured and consulted at educational institutions, professional associations, hospitals, mental health centers, and social service agencies across the United States, and in Canada, England, France, Germany, Australia, and Japan. He is a Certified Diplomate of the American Psychotherapy Association {D.A.P.A.], a Certified Diplomate and Fellow in Clinical Hypnotherapy of the National Board for Certified Clinical Hypnotherapists, and a Fellow and Founding Member of the International Society for the Study of Trauma and Dissociation. A personal student of the late legendary hypnotherapist psychiatrist, Milton Erickson, M.D., Mr. Calof was one of the invited faculty at both the 1st and 2nd International Congresses on Ericksonian Approaches to Hypnosis and Psychotherapy (Phoenix, 1980, 1983). In 1993, SELF magazine named Mr. Calof one of the top 10 hypnotherapists in America. Mr. Calof has authored two books and over 50 professional publications on hypnotherapy, marriage and family therapy, and the treatment of psychological trauma and child abuse. The Couple Who Became Each Other and Other Tales of Healing From a Leading Hypnotherapist (a featured alternate selection for the Behavioral Science Book Service), has appeared in North American, United Kingdom, French, German, and Israeli editions and garnered highly favorable reviews internationally. The volume was recently re-released in France (2008). The Kindle edition became available in 2012. When he is not working, writing, or lecturing, David works with wood (WorkedWoodCreations.com), plays the piano, or goes to the mountains to climb, hike, snow shoe or ski in his native Pacific Northwest. You may contact the author at trainingseries@cs.com or via www.clinicalworkshops.com