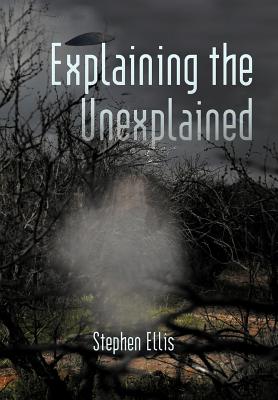 "Stephen Ellis' search for answers to unexplained things began in 1979. While visiting San Francisco, one night an image of a girl appeared before him in his room...a girl he later found out had been murdered in that room one month earlier.

Shaking-off the natural tendency to disbelieve what he saw, Ellis began to research material on "ghosts". He found that many people had ghostly experiences, but none had logical explanations for them. Ellis began to find that valid explanations existed, but had often been concealed by those seeking personal gain or distorted by some religious dogma.

Explaining the Unexplained offers a no nonsense look at questions concerning reincarnation to ESP to ghosts. Ellis offers realistic answers to questions and events that, until now, have lacked rational explanation. Explaining the Unexplained investigates the world's most captivating mysteries and supports its views with strong, empirical and circumstantial evidence. If you're looking for answers, this book is a "must read."