Virginia Woolf on the Ghost Stories of Henry James (Paperback) 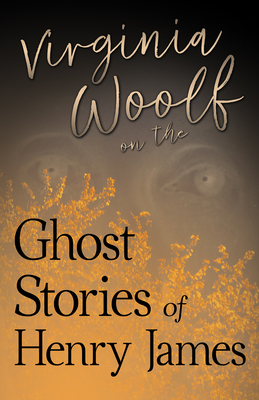 First published in 1940, this volume contains a collection of classic essays by Virginia Woolf on the subject of Henry James and his work. Henry James (1843-1916) was an American-British author generally considered to be one of the greatest novelists in the English language. He produced a large corpus of articles and books of criticism, travel, biography, and autobiography, playing an important role in the transition from literary realism to literary modernism. Adeline Virginia Woolf (1882-1941) was an English writer. She is widely hailed as being among the most influential modernist authors of the 20th century and a pioneer of stream of consciousness narration. Woolf was a central figure in the feminist criticism movement of the 1970s, her works having inspired countless women to take up the cause. She suffered numerous nervous breakdowns during her life primarily as a result of the deaths of family members, and it is now believed that she may have suffered from bipolar disorder. In 1941, Woolf drowned herself in the River Ouse at Lewes, aged 59. Contents include: "Henry James", "The Old Order", "Within the Rim", and "The Letters of Henry James". Read & Co. Great Essays is proudly republishing this collection of classic essays now complete with a specially-commissioned biography of the author.