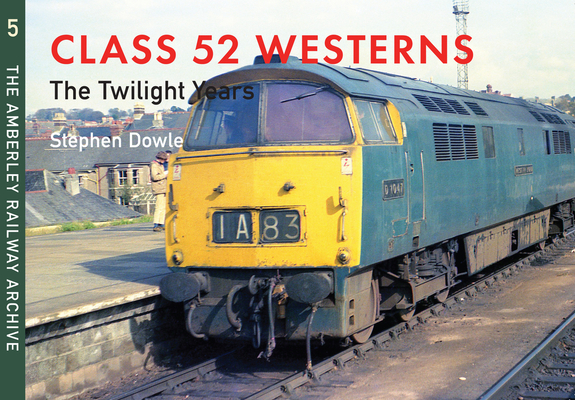 By Stephen Dowle
$34.95
Unavailable, Out of Stock, or Out of Print

The seventy-four Class 52 diesel-hydraulics were built between 1961 and 1964 for British Railways’ Western Region as high-powered locomotives to haul inter-city services. Given two-word names that began with ‘Western’, they inevitably became known as the Westerns. Although the Westerns could be seen on most routes in the Western Region, they were mostly seen on London to South Wales, London to Birmingham and London to Paignton, Plymouth and Penzance services. The charismatic and stylish-looking Westerns were among the first diesel locomotives to enjoy a cult following among railway enthusiasts and as the Westerns were withdrawn from service between 1973 and 1977 enthusiasts would congregate to photograph and travel on services hauled by one. Platform ends throughout the Western Region were thronged and few weekends passed without the running of an organised enthusiasts’ special. The final, region-wide tour ran on 26 February 1977.This collection of photographs by Class 52 enthusiast Stephen Dowle was taken during the Westerns’ last years in service and shows something of their appeal through the eyes of one enthusiast.

Bristol-born Stephen Dowle is a keen photographer and historian who now resides in Suffolk.