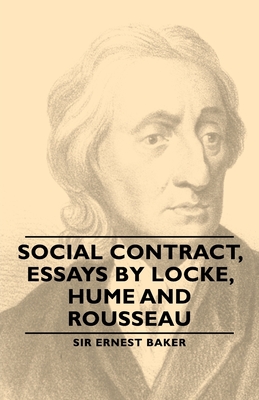 Locke and Rousseau, if in different ways and different degrees, accepted the idea of the Social Contract: Hume, more historically minded, and more conservative in his convictions, was its critic. His sceptical intellect led him to approach political theories - the theory of divine right as well as the theory of Social Contract, but more especially the latter - with a touch of acid realism, which was mingled with a half-ironical suavity. 'There is something, ' he seems to say, 'in your different theories but less, much less, than you think.' This book is highly recommended for inclusion on the bookshelf of anyone with an interest in the history of political philosophy.