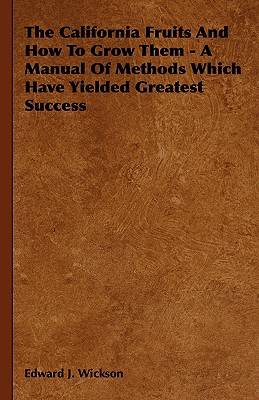 The Eighth Edition of this treatise outstripped its immediate predecessors in meeting a public demand which covered the available supply much sooner than anticipated. Because of the desirability of keeping the work abreast of the progress of a constantly changing and developing industry, the publishers have assumed the burden of resetting the type for each edition, resisting the temptation of greater profit which would attend reprinting from plates with minimum revision. Therefore this edition is wholly set anew the ninth opportunity for free revision which the writer has enjoyed during the publication of the work, which has reached a total of twenty-five thousand copies since the appearance of the first edition in 1889. Of the quality of the book, it does not become the writer to speak, but he may express his satisfaction at its popularity. Its circulation may be cited as a testimonial of its suitability for service in the building up of the fruit industries, and the demand for it may be regarded as rather unique, when it is remembered that the book deals exclusively with the fruit growing of a single State which is only one, although it be the greatest, of the agricultural interests of that State. The demand for the book is an exponent of the continued activity in California fruit planting, and its sale abroad indicates the fact that the outside world is watching Californias fruit development, and desires to know the methods by which a product which brought to growers a return of 236,955,000 in 1920 a figure, of course, much below its commercial valuation. The writer repeats the request which he has made in earlier editions that all readers whose observation and work teach them any better way than he has described in this book shall share with him the advantages of such greater wisdom. EDWARD J. WICKSON. University of California, Berkeley, September, 1921.