The Force of Culture: Vincent Massey and Canadian Sovereignty (Paperback) 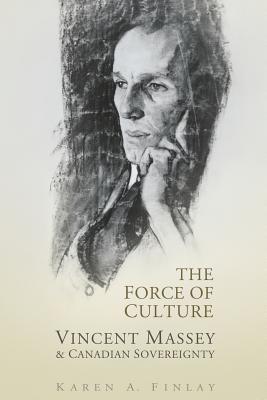 A misunderstood and sometimes maligned figure, Vincent Massey was one of Canada's most influential cultural policy-makers and art patrons. Best known as Canada's first native-born Governor General, he chaired the landmark Royal Commission on National Development in the Arts, Letters, and Sciences that led to the creation of the Canada Council. The Force of Culture examines Massey's notion of culture, its conflicted roots in late nineteenth-century and early twentieth-century Canadian Protestant thought, and Massey's transformation into a champion of culture as a bastion of Canadian sovereignty.

Karen Finlay's study goes beyond existing literature by examining the role of Massey's Methodist upbringing in instilling an education gospel as the bedrock of culture and the foundation of a national citizenry. The study also reassesses Massey's reputation as a supporter of the fine arts. Steeped in Methodism, his attitudes towards the arts were ambiguous. He never adopted a purely art-for-art's sake doctrine, but came to understand that the arts, without being moralizing, could serve a moral and cultural purpose: the expression and affirmation of national character and sovereignty.

As well as charting Massey's evolving attitudes towards culture and the arts, Finlay attempts to redress the common charges of sexism, elitism, and anglophonism levelled against him. Finlay stresses Massey's contradictory views on issues relating to gender, race, and class, outweighed by the ongoing legacy of his belief in Canadian cultural diversity. Above all, Massey valorized the principles of excellence and diversity as twin antidotes to the anathema of conformity and cultural homogenization. The tenet Massey sought to honour, pertaining deeply to the collective and moral nature of humanism in Canada, Finlay argues, was community without uniformity. The Force of Culture shows that Massey was, in certain respects, a democratizer and even a populist, who believed that difference need not divide.