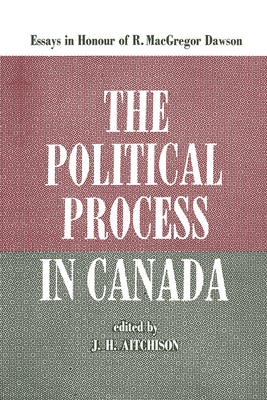 The influence of the late R. MacGregor Dawson on political thought in Canada is still with us and will, indeed, be with us for a long time to come. It is fitting therefore that a book should be conceived in his honour and that this book should reflect the high qualities of analysis and writing that he inspired in his many students. All the contributors to this volume, except Professor Clokie, who is Dawson's generation, were his students in Saskatchewan or Toronto; all provide articles of interest and importance for a most useful volume on the political process in Canada.

There are eleven essays, covering many aspects of Canadian political life. From a historical study of the federal government's relations with the press, we move to consideration of the early ballot and the "swings" in federal elections. The next four essays are devoted to various topics connected with the general theme of political parties, and the next three to some problems of federation, including an account of the federal government's administration of the North. Professor Clokie's contribution, "Political Retrospect," provides a suitable closing chapter.