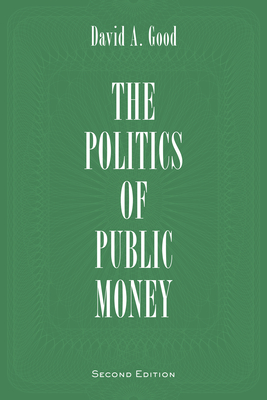 Public money is one of the primary currencies of influence for politicians and public servants. It affects the standards by which they undertake the nation's business and impacts the standard of living of the nation's citizens. David A. Good's The Politics of Public Money examines the extent to which the Canadian federal budgetary process is shifting from one based on a bilateral relationship between departmental spenders and central guardians to one based on a more complex, multilateral relationship involving a variety of players.

This new edition offers an up-to-date account of the Canadian system, including the creation of the Parliamentary Budget Officer, the government's response to the global financial crisis, Canada's Economic Action Plan, strategic and operating reviews, the most recent attempts to reform the Estimates, and much more.

An insightful and incisive study of the changing budgetary process, The Politics of Public Money examines the promises and pitfalls of budgetary reform and sheds new light on the role insiders play in influencing government spending.