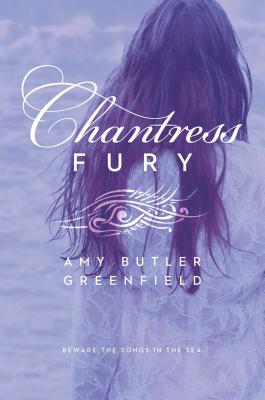 By Amy Butler Greenfield
$17.99
Unavailable, Out of Stock, or Out of Print

Power and politics, heartbreak and danger, magic and mermaids--Lucy must conquer it all in the compelling conclusion to the enchanting series that began with Chantress and continued with Chantress Alchemy. With a song, Lucy can control the wind and the water; she can bring castles and kingdoms to their feet. Since Lucy mastered her powers, King Henry has kept her close. And now he's called her to investigate attempted murder--by a mermaid. All Lucy can glean from the creature they've captured is a warning: The sea is coming. We are coming. And we will drown you all. And then the floods begin. Swaths of London are submerged as the people scramble to defend themselves against the water, and the monsters, that are flooding their streets. As mistrust of Lucy's magic grows, the king relies on Nat, Lucy's great love, to guide them through the storm. But Nat is cold and distant to Lucy. He swore his love only a year before, but now he calls her "stranger." Lucy is determined to defeat this powerful new magic alone if she must. But then she hears an eerie song within the water...can it mean that she is not the last Chantress after all?