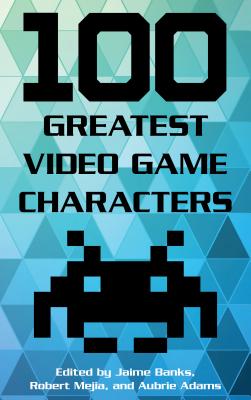 Though in existence for only a few decades, video games are now firmly established in mainstream culture all around the planet. Every year new games are produced, and every year new favorites emerge. But certain characters have become so iconic that they withstand both time and the shifting interests of players. Such creations permeate other elements of popular culture--from graphic novels to film--and are known not only to dedicated gamers but to the general public as well. In 100 Greatest Video Game Characters, readers can learn about some of the most popular and influential figures that have leapt from computer monitors and television screens and into the public consciousness. The entries in this volume provide general facts about the characters as well as explore their cultural significance. The entries include the following information: -Game developer -Year character was established -Video game franchise In addition, the book examines the commonalities of various video game characters to help readers better understand their popularity and how they operate within the video games and the industry itself. Whether casually looking up information on video game characters or researching what these icons says about society, readers will enjoy this entertaining and informative volume. Comprehensive and engaging, 100 Greatest Video Game Characters will appeal to fans and scholars alike.

Jaime Banks is assistant professor in the Department of Communication Studies at West Virginia University, research associate at WVU's Interaction Lab, and currently serves as the founding Chair of the Game Studies Division of the National Communication Association. She has authored book chapters and journal articles in such publications as New Media & Society, International Journal of Technology and Human Interaction, and Journal of Gaming & Virtual Worlds. Robert Mejia is assistant professor at the North Dakota State University and is a founding member of the National Communication Association's Game Studies Division. He is the author of multiple journal articles and book chapters on the political, economic, and cultural significance of the video game industry. Aubrie Adams is a doctoral student in the Department of Communication at the University of California, Santa Barbara.