On the Lam: A History of Hunting Fugitives in America (Hardcover) 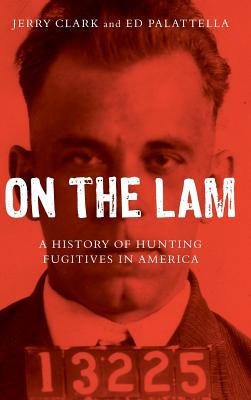 Fugitives occupy a unique place in the American criminal justice system. They can run and they can hide, but eventually each chase ends. And, in many cases, history is made along the way. John Dillinger's capture obsessed J. Edgar Hoover and helped create the modern FBI. Violent student radicals who went on the lam in the 1960s reflected the turbulence of the era. The sixteen-year disappearance and sudden arrest of gangster James "Whitey" Bulger in 2011 captivated the nation. Fugitives have become iconic characters in American culture even as they have threatened public safety and the smooth operation of the justice system. They are always on the run, always trying to stay out of reach of the long arm of the law. Also prominent are the men and women who chase fugitives: FBI agents, federal marshals and their deputies, police officers, and bounty hunters. A significant element of the justice system is dedicated to finding those on the run, and the most-wanted posters and true-crime television shows have made fugitives seemingly ubiquitous figures of fear and fascination for the public. In On the Lam, Jerry Clark and Ed Palattella trace the history of fugitives in the United States by looking at the characters - real and fictional - who have played the roles of the hunter and the hunted. They also examine the origins of the bail system and other legal tools, such as most-wanted programs, that are designed to guard against flight.

Jerry Clark, PhD, retired as a special agent with the Federal Bureau of Investigation in 2011 after twenty-seven years in law enforcement, including careers as a special agent with the Drug Enforcement Administration and the Naval Criminal Investigative Service. Clark is an associate professor of criminal justice at Gannon University in Erie, Pennsylvania, where he is also co-owner of Clark & Wick Investigations LLC and Fisher Security. Ed Palattella joined the Erie Times-News, in Erie, Pennsylvania, in 1990. He has won a number of awards, including for his investigative work and his coverage of crime. They are co-authors of Mania and Marjorie Diehl-Armstrong: Inside the Mind of a Female Serial Killer (R&L, 2017), A History of Heists: Bank Robbery in America (R&L, 2015), and Pizza Bomber: The Untold Story of America's Most Shocking Bank Robbery (2012).