The Beatles - Fab Finds of the Fab Four (Paperback) 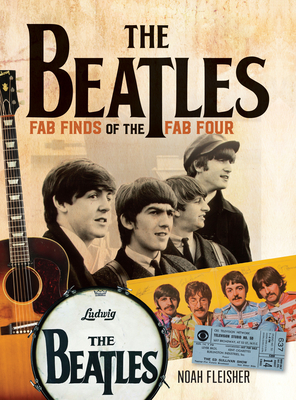 By Noah Fleisher
$26.99
Unavailable, Out of Stock, or Out of Print

You Really Got a Hold on Me The Beatles disbanded in 1970. Rock 'n' roll's greatest group, however, was far from finished. Today The Beatles dominate the world of music and entertainment memorabilia as never before. Like a modern-day archeological dig, The Beatles: Fab Finds of the Fab Four unearths a treasure trove of rock relics in a stunning pictorial guide to a new era of Beatlemania. Filled with delights and insight, you'll discover John Lennon's lost Gibson guitar now worth millions; the most expensive vinyl record in the world; a sculpted bust featured on the album "Hey Jude"--along with a fascinating and fun cache of rarities, oddities and never-before-seen items that tell anew the story of The Beatles. Abundantly visual. Wildly entertaining. Fabulous. The Beatles: Fab Finds of the Fab Four shines a fresh spotlight on rock's never-ending magical mystery tour.