Facing toward the Dawn (Paperback) 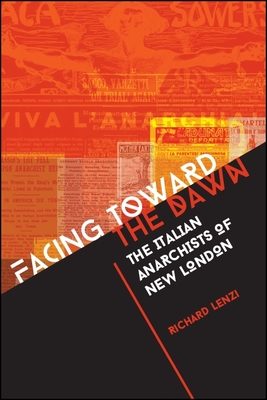 In the early twentieth century, the Italian American radical movement thrived in industrial cities throughout the United States, including New London, Connecticut. Facing toward the Dawn tells the history of the vibrant anarchist movement that existed in New London's Fort Trumbull neighborhood for seventy years. Comprised of immigrants from the Marche region of Italy, especially the city of Fano, the Fort Trumbull anarchists fostered a solidarity subculture based on mutual aid and challenged the reigning forces of capitalism, the state, and organized religion. They began as a circle within the ideological camp of Errico Malatesta and evolved into one of the core groupings within the wing of the movement supporting Luigi Galleani. Their manifold activities ranged from disseminating propaganda to participating in the labor movement; they fought fascists in the streets, held countless social events such as festas, theatrical performances, picnics and dances, and hosted militant speakers, including Emma Goldman. Focusing on rank-and-file militants-carpenters, stonemasons, fishermen, housewives-rather than well-known figures, Richard Lenzi offers a microhistory of an ethnic radical group during the heyday of labor radicalism in the United States. He also places that history in the context of the larger radical movement, the Italian American community, and greater American society, as it moved from the Gilded Age to the New Deal and beyond.

Richard Lenzi is an independent scholar who was heavily involved in the labor movement and the political left for many years. A product of a lifelong interest in labor and radical history, this is his first book.