The World, the Text, and the Indian: Global Dimensions of Native American Literature (Suny Series) (Paperback) 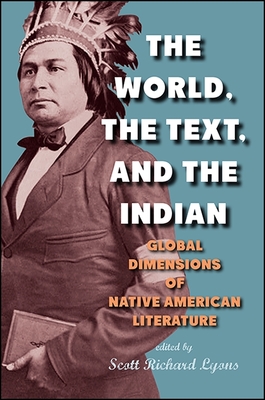 By Scott Richard Lyons (Editor)
$33.95
Unavailable, Out of Stock, or Out of Print

Since the rise of the Native American Renaissance in literature and culture during the American civil rights period, a rich critical discourse has been developed to provide a range of interpretive frameworks for the study, recovery, and teaching of Native American literary and cultural production. For the past few decades the dominant framework has been nationalism, a critical perspective placing emphasis on specific tribal nations and nationalist concepts. While this nationalist intervention has produced important insights and questions regarding Native American literature, culture, and politics, it has not always attended to the important fact that Native texts and writers have also always been globalized. The World, the Text, and the Indian breaks from this framework by examining Native American literature not for its tribal-national significance but rather its connections to global, transnational, and cosmopolitan forces. Essays by leading scholars in the field assume that Native American literary and cultural production is global in character; even claims to sovereignty and self-determination are made in global contexts and influenced by global forces. Spanning from the nineteenth century to the present day, these analyses of theories, texts, and methods--from trans-indigenous to cosmopolitan, George Copway to Sherman Alexie, and indigenous feminism to book history--interrogate the dialects of global indigeneity and settler colonialism in literary and visual culture.

Scott Richard Lyons is Associate Professor of English and Director of Native American Studies at the University of Michigan and the author of X-Marks: Native Signatures of Assent.