Shipwrecked on a Traffic Island: And Other Previously Untranslated Gems (Excelsior Editions) (Paperback) 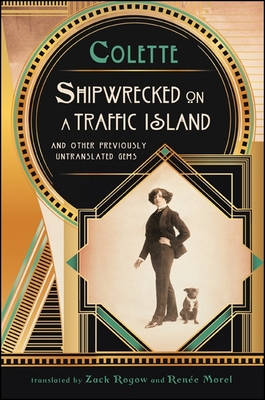 By Gabrielle Sidonie Colette, Zack Rogow (Translator), Renée Morel (Translator)
$32.95
Unavailable, Out of Stock, or Out of Print

The French writer Colette (1873-1954) is best known in the United States for such classic novels as Gigi and Cheri, which were made into popular movies, but she was a prolific author. This meticulously translated collection offers some of her best fiction, personal essays, articles, and talks, all appearing in English for the first time. The pieces showcase Colette's gifts as a writer: her deep wisdom about every age of human life, her skill as a storyteller, her wry humor, her persuasive powers, and her foresight as a social critic of issues such as gender roles.

The translators combed through journals and past editions of Colette's work to cull these gems, which cover an enormous array of topics--from French wines and perfumes to her friendships with Marcel Proust and Maurice Chevalier to uncanny insight into the curious habits of cats and dogs. Selections from an advice column that Colette wrote for the French women's magazine Marie Claire are also included, and her savvy suggestions for the lovelorn stand the test of time. Moving articles written during the two world wars, along with her memories of being an actor and playwright, reveal facets of her writing that are less often celebrated. The first new work by Colette to appear in English in half a century, it will delight devoted fans and new readers alike.