White Savage: William Johnson and the Invention of America (Paperback) 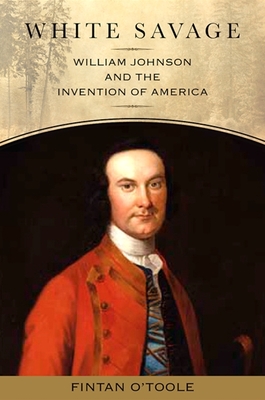 William Johnson was scarcely more than a boy when he left Ireland and his Gaelic, Roman Catholic family to become a Protestant in the service of Britain's North American empire. In New York by 1738, Johnson moved to the frontiers along the Mohawk River, where he established himself as a fur trader and eventually became a landowner with vast estates. Serving as principal British intermediary with the Iroquois Confederacy, he commanded British, colonial, and Iroquois forces that defeated the French in the battle of Lake George in 1755, and he created the first groups of "rangers," who fought like American Indians and led the way to the Patriots' victories in the Revolution. As Fintan O'Toole's superbly researched, colorfully dramatic narrative makes clear, the key to Johnson's signal effectiveness was the style in which he lived as a "white savage." Johnson had two wives, one European, one Mohawk; became fluent in Mohawk; and pioneered the use of American Indians as active partners in the making of a new America. O'Toole's masterful use of the extraordinary documents written by Irish, Dutch, German, French, and American Indian participants in Johnson's drama enlivens the account of this heroic figure's legendary career. It also suggests why Johnson's early multiculturalism unraveled, and why the contradictions of his enterprise created a historical dead end.

Fintan O'Toole, columnist and drama critic for the Irish Times, is the author of many other books, including A Traitor's Kiss: The Life of Richard Brinsley Sheridan. His work frequently appears in American magazines. He lives in Dublin.