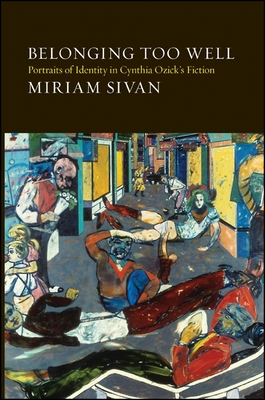 By Miriam Sivan
$32.95
Unavailable, Out of Stock, or Out of Print

In Belonging Too Well, Miriam Sivan draws on contemporary literary theory as well as traditional Jewish texts and culture to explore the question of identity in Cynthia Ozick's fiction. Many critics have pointed to a split in Ozick's work between Judaic and secular culture and values. Sivan suggests, however, that Ozick never settles for a simple either/or dichotomy between traditional Judaism and secular American culture, but that her protagonists instead fashion new means of living genuinely Jewish lives within the American Diaspora. Often they struggle not with not belonging to either the Old or the New Worlds, but of belonging too well to both. Part of a recent trend toward analyzing Jewish American literature in the context of a deep encounter with and understanding of Judaism and traditional Jewish texts, Sivan's study enables readers of Ozick's fiction to penetrate the complex webs she creates among cultures, time periods, and characters, some quite sober, others fantastic, all unusual.

Miriam Sivan teaches in the Department of English Language and Literature at the University of Haifa in Israel.