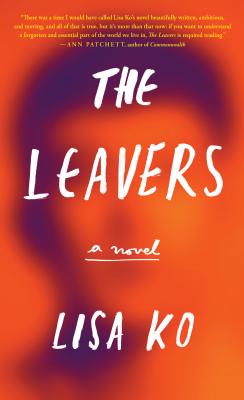 A beautifully written novel of a young boy being shuffled between cultures. A sensitive, shaded empathic understanding of a child’s mind, and an observant study of the differences between us.

“Deming Guo's first six years of life were spent with his immigrant mother in New York, then China with a grandfather he's never met, and America again. After his mother disappears from her job at a nail salon, Deming is adopted by two professors and dropped into what feels like an alien, all-white suburb upstate. This pattern of early upheaval sets Deming - now Daniel Wilkinson - on a path marked by difference and isolation. As Deming's story unfolds, his mother's side of the story gradually comes to light, filling in holes and ripping others open, until finally, side by side, their disparate journeys form one complete portrait of the resilience of the spirit. This is a heartbreaking, poignant, beautiful book that will stay with you for a long time.”
— Caroline Froh, Boswell Book Company, Milwaukee, WI

“In a time when immigration is a political issue, this novel puts a human face on a very complex situation. It tells the story of a woman who came to New York from China, created a family, was deported, and what happened after her sudden disappearance. This is an ambitious and compelling novel, told in sections alternating between Polly’s brash, bold, determined, loving, and frightened voice and son Deming’s confused, lonely, troubled one as he grows up under the adopted name of Daniel. Chosen by Barbara Kingsolver for the Bellwether Prize for the best novel to address issues of social justice, The Leavers will open your eyes and your heart.”
— Yvette Olson, Magnolia's Bookstore, Seattle, WA

"There was a time I would have called Lisa Ko's novel beautifully written, ambitious, and moving, and all of that is true, but it's more than that now: if you want to understand a forgotten and essential part of the world we live in, The Leavers is required reading." --Ann Patchett,  author of Commonwealth

Lisa Ko's powerful debut, The Leavers, is the winner of the 2016 PEN/Bellwether Prize for Fiction, awarded by Barbara Kingsolver for a novel that addresses issues of social justice.

One morning, Deming Guo's mother, Polly, an undocumented Chinese immigrant, goes to her job at a nail salon--and never comes home. No one can find any trace of her.
With his mother gone, eleven-year-old Deming is left mystified and bereft. Eventually adopted by a pair of well-meaning white professors, Deming is moved from the Bronx to a small town upstate and renamed Daniel Wilkinson. But far from all he's ever known, Daniel struggles to reconcile his adoptive parents' desire that he assimilate with his memories of his mother and the community he left behind.
Told from the perspective of both Daniel--as he grows into a directionless young man--and Polly, Ko's novel gives us one of fiction's most singular mothers. Loving and selfish, determined and frightened, Polly is forced to make one heartwrenching choice after another.
Set in New York and China, The Leavers is a vivid examination of borders and belonging. It's a moving story of how a boy comes into his own when everything he loves is taken away, and how a mother learns to live with the mistakes of the past.


Lisa Ko's fiction has appeared in Best American Short Stories 2016, Apogee Journal, Narrative, Copper Nickel, the Asian Pacific American Journal, and elsewhere. She has been awarded fellowships and residencies from the New York Foundation for the Arts, the MacDowell Colony, the Lower Manhattan Cultural Council, Writers OMI at Ledig House, the Jerome Foundation, and Blue Mountain Center, among others. She was born in New York City, where she now lives. Visit her at lisa-ko.com.