The Man Who Killed Apartheid: The life of Dimitri Tsafendas (Paperback) 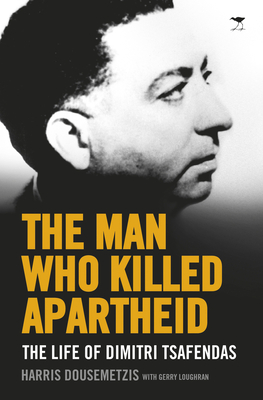 By Harris Dousemetzis
$16.95
Unavailable, Out of Stock, or Out of Print

On September 6, 1966, Dimitri Tsafendas stabbed to death Prime Minister Hendrik Verwoerd. Afterwards, Tsafendas was declared to be a schizophrenic who believed a tapeworm lived inside him which controlled his actions, and that he had no political motive for assassinating Verwoerd. Tsafendas went down in history as a deranged parliamentary messenger.

For fifty years, this story prevailed. However, this book now reveals the truth about Tsafendas—that he was deeply political from an earlyage. After the assassination, Tsafendas volunteered a series of incontestable political reasons for killing Verwoerd, but these, along with details of his political past, were never allowed to see the light of day. This book reveals the extent of the cover-up by South Africa’s authorities and the desperate lengths they went to conceal the existence of Tsafendas’s opposition to apartheid.

Harris Dousemetzis is a tutor at the School of Government and International Affairs at Durham University, England and holds a PhD in politics (The Presidency of Jimmy Carter and the Emerging Politics of Gay Rights and Evangelical Religion) from the same university. He is also a Fellow of the Higher Education Academy and worked as Associate Lecturer at Northumbria University in Newcastle from 2012 to 2014. He spent nearly 10 years researching the story of Dimitri Tsafendas.