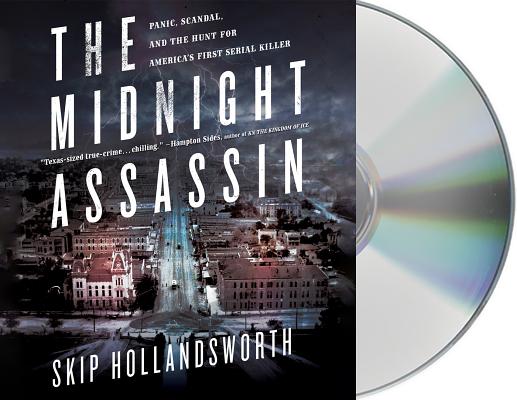 By Skip Hollandsworth, Clint Jordan (Read by)
$39.99
Unavailable, Out of Stock, or Out of Print

In the late 1800s, the city of Austin, Texas was on the cusp of emerging from an isolated western outpost into a truly cosmopolitan metropolis. But beginning in December 1884, Austin was terrorized by someone equally as vicious and, in some ways, far more diabolical than London's infamous Jack the Ripper. For almost exactly one year, the Midnight Assassin crisscrossed the entire city, striking on moonlit nights, using axes, knives, and long steel rods to rip apart women from every race and class. At the time the concept of a serial killer was unthinkable, but the murders continued, the killer became more brazen, and the citizens' panic reached a fever pitch.

Before it was all over, at least a dozen men would be arrested in connection with the murders, and the crimes would expose what a newspaper described as "the most extensive and profound scandal ever known in Austin." And yes, when Jack the Ripper began his attacks in 1888, London police investigators did wonder if the killer from Austin had crossed the ocean to terrorize their own city.

The introduction and epilogue are read by the author.