Automatic: Literary Modernism and the Politics of Reflex (Hopkins Studies in Modernism) (Paperback) 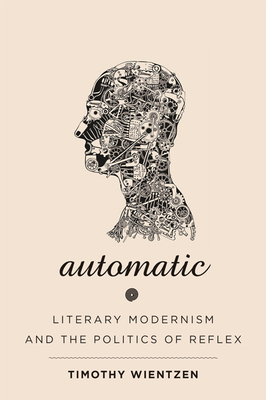 A fascinating study of how behavioral science shaped twentieth-century politics and the modernist literary period.

The advent of the twentieth century famously brought about new personal and political freedoms, including radical changes in voting rights and expressions of gender and sexuality. Yet writers and cultural critics shared a sense that modern life reduced citizens to automatons capable of interacting with the world in only the most reflexive ways. In Automatic, Timothy Wientzen asks why modernists were deeply anxious about the role of reflexive behaviors--and the susceptibility of bodies to physical stimuli--in the new political structures of the twentieth century.

Engaging with historical thinking about human behaviors that fundamentally changed the nature of political and literary practice, Wientzen demonstrates the ways in which a "politics of reflex" came to shape the intellectual and cultural life of the modernist era. Documenting some of the ways that modernist writers and their contemporaries mapped, harnessed, and intervened in a political sphere dominated by conditioned reflexes, Wientzen reads writers like D. H. Lawrence, Rebecca West, Wyndham Lewis, and Samuel Beckett in conversation with fields that include public relations, physiology, sociology, and vitalism. Ultimately, he justifies a reckoning with some of the most enduring preoccupations of modernist studies.

Automatic further emphasizes the role of politics and science in the aesthetic projects of modernist writers. At a moment when political enfranchisement and the mass media promised new modes of freedom, agency, and choice, Wientzen argues that the modernist era was beset by apprehension about the conscription of liberty through the conditioning force of everyday life. Analyzing such thinking through a neglected archive about embodiment and reflex reveals modernists responding to the historically novel conditions of political life in the twentieth century--conditions that have become entrenched in the politics of our own century.

Timothy Wientzen is an associate professor of English at Skidmore College.