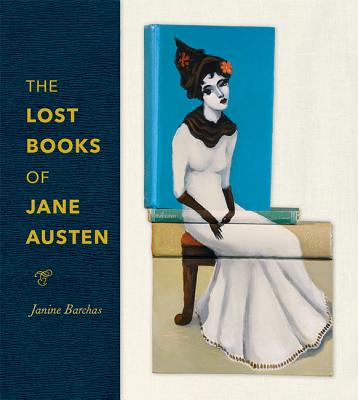 Hardcore bibliography meets Antiques Roadshow in an illustrated exploration of the role that cheap reprints played in Jane Austen's literary celebrity--and in changing the larger book world itself.

In the nineteenth century, inexpensive editions of Jane Austen's novels targeted to Britain's working classes were sold at railway stations, traded for soap wrappers, and awarded as school prizes. At just pennies a copy, these reprints were some of the earliest mass-market paperbacks, with Austen's beloved stories squeezed into tight columns on thin, cheap paper. Few of these hard-lived bargain books survive, yet they made a substantial difference to Austen's early readership. These were the books bought and read by ordinary people.

Packed with nearly 100 full-color photographs of dazzling, sometimes gaudy, sometimes tasteless covers, The Lost Books of Jane Austen is a unique history of these rare and forgotten Austen volumes. Such shoddy editions, Janine Barchas argues, were instrumental in bringing Austen's work and reputation before the general public. Only by examining them can we grasp the chaotic range of Austen's popular reach among working-class readers.

Informed by the author's years of unconventional book hunting, The Lost Books of Jane Austen will surprise even the most ardent Janeite with glimpses of scruffy survivors that challenge the prevailing story of the author's steady and genteel rise. Thoroughly innovative and occasionally irreverent, this book will appeal in equal measure to book historians, Austen fans, and scholars of literary celebrity.

Janine Barchas is the Louann and Larry Temple Centennial Professor of English Literature at the University of Texas at Austin. She is the author of Matters of Fact in Jane Austen: History, Location, and Celebrity and Graphic Design, Print Culture, and the Eighteenth-Century Novel. She is also the creator behind What Jane Saw (www.whatjanesaw.org).