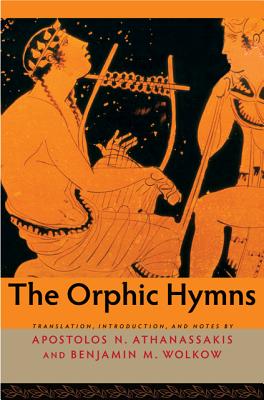 The best-selling English translation of the mysterious and cosmic Greek poetry known as the Orphic Hymns.

At the very beginnings of the Archaic Age, the great singer Orpheus taught a new religion that centered around the immortality of the human soul and its journey after death. He felt that achieving purity by avoiding meat and refraining from committing harm further promoted the pursuit of a peaceful life. Elements of the worship of Dionysus, such as shape-shifting and ritualistic ecstasy, were fused with Orphic beliefs to produce a powerful and illuminating new religion that found expression in the mystery cults. Practitioners of this new religion composed a great body of poetry, much of which is translated in The Orphic Hymns.

The hymns presented in this book were anonymously composed somewhere in Asia Minor, most likely in the middle of the third century AD. At this turbulent time, the Hellenic past was fighting for its survival, while the new Christian faith was spreading everywhere. The Orphic Hymns thus reflect a pious spirituality in the form of traditional literary conventions. The hymns themselves are devoted to specific divinities as well as to cosmic elements. Prefaced with offerings, strings of epithets invoke the various attributes of the divinity and prayers ask for peace and health to the initiate. Apostolos N. Athanassakis and Benjamin M. Wolkow have produced an accurate and elegant translation accompanied by rich commentary.

Apostolos N. Athanassakis is the Argyropoulos Chair in Hellenic Studies and a professor emeritus of classics at the University of California, Santa Barbara. He is the translator of several books, including Hesiod: Theogony, Works and Days, Shield and The Homeric Hymns, both published by Johns Hopkins. Benjamin M. Wolkow is a lecturer in the Classics Department of the University of Georgia.