The World as Will and Idea: Complete One Volume Edition (Paperback) 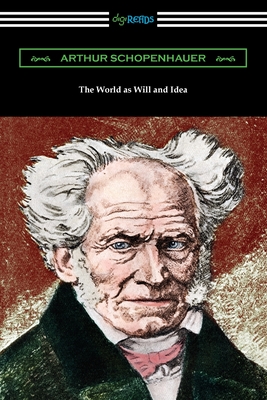 German philosopher Arthur Schopenhauer wrote a strong text to explain his belief system in "The World as Will and Idea". Rather than viewing the world as a construct within itself, Schopenhauer argued that the world exists beyond the five senses. He believed that rather than seeing an object in its true form, we only see and understand our perception of it. His ideas are classified as post-Kantian philosophy, just one strand of thought amidst other thinkers such as Hegel and Heidegger. However, Schopenhauer is generally thought to follow Kant's original ideas most closely. Still, the philosopher disagrees with Kant's view of ethics, saying that inner experiences, driven by the Will, are the most significant part of the human experience. Born in the late 1700s, Schopenhauer was immersed in philosophy at a young age. By age 25, he published his doctoral dissertation "On the Fourfold Root of the Principle of Sufficient Reasoning". In his most famous works, he primarily focused on the attainment of happiness. He believed that physical and emotional desires can never be satisfied, resulting in a painful human condition. Schopenhauer claimed that all actions are internally motivated by a desire to obtain pleasure, but that lasting happiness would remain unobtainable. "The World as Will and Idea" is widely hailed as Schopenhauer's greatest work, as well as one of the most contemporarily-written philosophical texts of the nineteenth century. This edition is printed on premium acid-free paper and collects together the complete text in a translation by R. B. Haldane and J. Kemp.