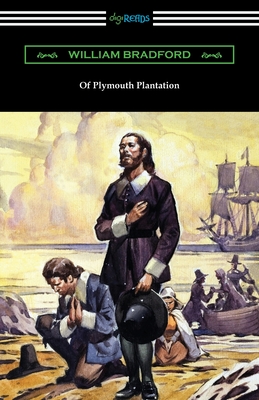 Written over a span of twenty years, "Of Plymouth Plantation" is the authoritative account of the founding of the Plymouth Colony in Massachusetts by its leader William Bradford. The journal, here translated into modern English by Harold Paget in 1920, was begun by Bradford in 1630 and tells the story of the Pilgrims from their 1608 settlement in the Dutch Republic in Europe, through their voyage in 1620 aboard the "Mayflower" to the New World, and finally to the successful establishment of their colony in what would someday become Massachusetts. Bradford's journal is widely regarded as one of the most important historical texts of 17th century America and tells the story of these pioneering adventurers in a vivid, simple, and eloquent style. Bradford chronicles their treacherous and lengthy journey across the Atlantic, their demanding and difficult first years in the Colony, which were marked by hardship and death, and their encounters and relationships with the Native Americans they met in the New World. In addition to being an invaluable historical text of the precarious beginning of the European settlement of North America, it is also a fascinating and startlingly human portrait of people who risked everything for a new life. This edition is printed on premium acid-free paper.