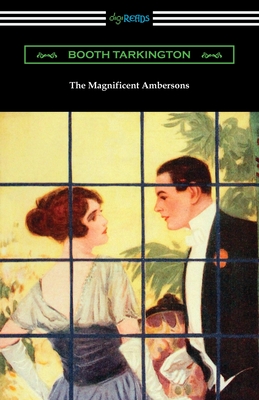 The second book in Booth Tarkington's "Growth" trilogy, "The Magnificent Ambersons", is considered by many to be his greatest novel. The novel depicts Mid-Western life from the post-Civil War era to the early twentieth century. First published in 1918, and awarded the Pulitzer Prize in 1919, this novel follows, through three generations, the decline of the Ambersons, an aristocratic family of the upper-class society of Indianapolis. Following the American Civil war, the second industrial revolution gives rise to a new group of wealthy individuals whose fortunes and political prominence begin to displace that of the aristocratic families of the past. "The Magnificent Ambersons" explores this phenomenon of late 19th century and early 20th century American life by tracing the fall in wealth and social prominence of one fictional family who find themselves displaced by the rise of industrial tycoons and land developers in a new and emerging urban landscape. By following the changes in the social and economic circumstances of the Ambersons, Tarkington gives readers a realistic glimpse into a time of great social and economic upheaval in the United States. This edition is printed on premium acid-free paper.