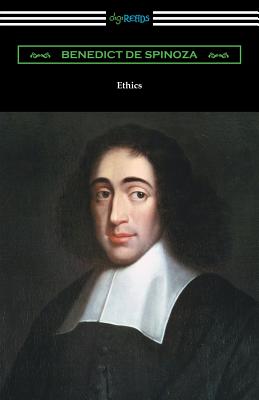 "Ethics" is the most famous work of Benedict de Spinoza, who is considered one of the great rationalists of 17th-century philosophy. Spinoza was born of Jewish and Portuguese ancestry in 1632 and lived a simple life in Amsterdam as an optical lens grinder. His greatest fame came about when "Ethics," a collection of several of his philosophical works, was published anonymously by his close friends in 1677 shortly after Spinoza's untimely death at age 44. In this seminal work, Spinoza lays out his ethical philosophy in a precise geometrical order. He argues expressly against the dualism of Descartes and contends instead that everything in the world flows from the essential nature of reality, or God. Human perception of this ultimate truth is imperfect and thus much of human knowledge is incomplete and faulty. Individuals must strive toward a more perfect and virtuous knowledge of truth and reality by controlling their emotions and employing a more scientific and objective approach. This masterpiece of reason and rationality remains one of the most important philosophical treatises on the subject and a must read for all students of philosophy. This edition is printed on premium acid-free paper and follows the translation of R. H. M. Elwes.